Why Women 50+ Should Take Control of Their Money 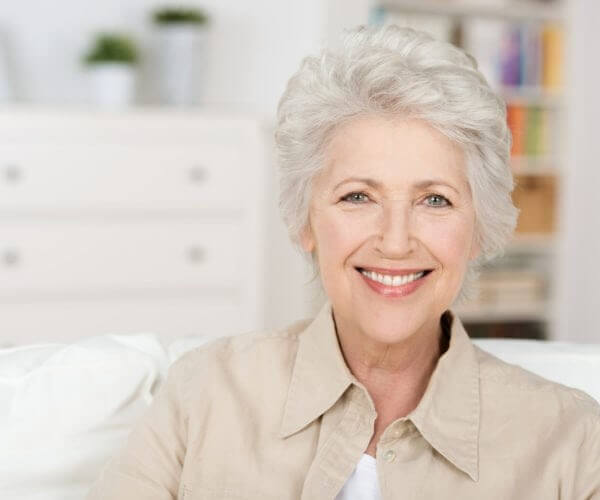 Why? “If I stop bringing home a paycheck of some sort, I’m afraid I’ll outlive my money,” one of my college friends, who is single, told me recently. Even the ones who are married and have a spouse who has presumably also been socking money away echo that deep-seated sentiment.

It’s there lurking in the shadows and pushing many of us out of bed to get to work: the bag lady specter. While I truly dislike this image, there is a grain of reality in the fear.

A 2013 survey from PNC Financial Services Group found that more than half of women agreed with the statement: “I’m afraid I may not be able to retire.” And 38 percent of women said they believed they were prepared for retirement; 48 percent of men felt that way.

For women over 50, the stakes are especially high.

“Women age 50 and older — especially unmarried women — face extreme financial risks and potential poverty in retirement,” Transamerica Center for Retirement Studies President Catherine Collinson told me. Many of these women who Transamerica has surveyed say they plan to work until age 70 or later or don’t plan to retire at all.

That plan, however, might be faulty. “Life’s unforeseen circumstances such as health issues or a job loss can derail the best-laid plans,” Collinson said. “It is imperative that women realize that we can still take steps today to improve our long-term outlook.”

Taking a Scarlett O’Hara (“Tomorrow is another day”) approach toward your financial future is unwise. Sadly, some women do it, refusing to work with a financial adviser or discuss money matters with their loved ones. “Women are more comfortable talking about their health than their wealth,” said Kristen Robinson, senior vice president of Women and Young Investors at Fidelity Investments.

In a February 2015 Fidelity survey of 1,542 women with employer-sponsored retirement plans that I blogged about on Next Avenue, eight in 10 women said they avoid financial conversations because they are “too personal” or “uncomfortable.” Fidelity found that women are more likely to talk with their significant others about health issues and sex than salary or investment ideas.

Many women have shied away from investing, too. In a 2014 Wells Fargo survey of affluent women, only 43 percent of the single women and 34 percent of the married women interviewed managed their households’ investments.

I began studying how women deal with their money back in 1996, when I wrote the book 10 Minute Guide to Retirement for Women, and have been writing on the subject ever since. Here’s what I’ve learned: Boomer women generally need to work harder at managing their finances than men. Here’s why:

Put it all together and “this translates into significant shortfalls in retirement plan savings and Social Security credits,” said Eleanor Blayney, author of Women’s Worth: Finding Your Financial Confidence and founder of Directions for Women, a financial consulting firm based in McLean, Va.

There’s one more major consideration for women that has gone relatively unnoticed, according to Blayney. From the age of 65 to the end of life, most American women are single. That means they don’t have someone to share the cost of daily living expenses or to help with retirement savings. What’s more, study after study shows that after losing a partner due to death or divorce, a woman’s standard of living generally drops.

How to Get Started

OK; now you know why you need to take control of your money. So how should you start?

“If you’re in your 50s, it’s not too late to make a significant difference [in your retirement standard of living] if you plan to work for at least another 15 years and are diligent about putting money away,” Carrie Schwab-Pomerantz, author of The Charles Schwab Guide to Finances After Fifty told me. (She’s also President of the Charles Schwab Foundation and Senior Vice President at Charles Schwab). “A company-sponsored retirement plan is an easy way to do this. Be diligent about budgeting, saving the max and investing wisely for the next 15 years and you can build a nice nest egg by the time you reach 65. But the clock is ticking – there’s no time to waste!”

If you aren’t working for pay, you can still try to set aside funds for your future, said Blayney. “This can be done through spousal IRAs or even in after-tax savings accounts,” she noted.

Now it’s not all gloom and doom.

Boomer women have worked and earned more than any previous generation, increasing their retirement savings along the way, according to Boomers’ Retirement Income Prospects, a survey by the Urban Institute, a nonpartisan think tank. Employed boomer women earn 36 to 59 percent more per year on average in inflation-adjusted dollars than their pre-boomer counterparts. This survey also found that most boomer women are earning their own Social Security benefits and will receive bigger Social Security checks, adjusted for inflation, than women in the past.

Moreover, more of us will have our own pensions and retirement accounts than our mother’s generation.

There are a few significant reasons for the good news.

For one thing, women are staying on the job longer than in previous generations. Women age 47 to 56 are expected to work a total of 40 years by the time they’re 70, on average, compared with just 30 years for the previous generation.

And women save more of their income than men, when adjusted for compensation differences, according to Fidelity. They put away 8.3 percent of income vs. 7.9 percent for men. And when robo adviser SigFig analyzed portfolios of 750,000 investors, it found the median net returns of women in 2014 beat those of men: 4.7 percent vs. 4.1 percent. (Due to their lower wages and fewer years working than men, however, women’s retirement balances are smaller than men’s — $63,700, on average, versus $95,800 for men, in a Fidelity study.)

Robinson said women tend to have characteristics that cause them to rack up better investment returns than men. “They’re not in it to outperform the market,” she said. “They are in it for their long-term goals.”

I’ve found that to be true. In my reporting, I’ve discovered that women tend to take more time to research investments; they seek views from others to make thoughtful and informed decisions. They’re also less likely to bail out of stocks when the market takes a dive.

Boomer women seem to be getting the message that they need to ramp up their investing mojo. Nearly all of the women Fidelity surveyed said they want to learn more about financial planning and get more involved in their finances within the next year.

Knowledge rules, and having the confidence to take financial steps, even small ones, can make a huge difference in your future wealth and happiness.

“Women need to make their retirement security a priority,” Cindy Hounsell, President of the Women’s Institute for a Secure Retirement (WISER) told me. “The older you get, the less time you have to procrastinate. It’s never too late to prepare, and good decisions can help no matter what your situation,” she said.

Don’t be shy about asking for help or finding it online.

“Take a financial look in the mirror by calculating your retirement savings needs, using online calculators or consulting a professional, and then compare those needs with your current savings and expected Social Security and other benefits,” advised Collinson.

If you’re not working with a financial adviser yet, start. Interview a few (there are searchable databases at sites of the National Association of Personal Financial Advisors, the Financial Planning Association and the Certified Financial Planner Board of Standards),  find one you like and then ask every question you have. It’s your money.

Let me leave you with one parting thought from Schwab-Pomerantz: “Women often put others’ needs first or believe we can rely on our husbands or are more risk-averse when it comes to investing. But the hard truth is that we need to take care of ourselves.”

By Kerry Hannon for Next Avenue

Financial planning can be overwhelming. We can provide some assistance to you. Let’s talk.