Secrets of a Brain-Healthy Diet

It’s no secret that what you eat can have a significant effect on the health of your heart. However, there are also foods that can help or hinder your brain. We focus on one brain-healthy food plan that is seeing positive results.

The MIND (Mediterranean DASH Intervention for Neurodegenerative Delay) diet is a food plan touted as the best one for your brain. This eating plan, a hybrid of the DASH diet and Mediterranean diet, focuses on foods linked to improved cognitive function and delayed decline. The diet is broken down into 15 elements, including 10 recommended food groups as well as five unhealthy groups to avoid. 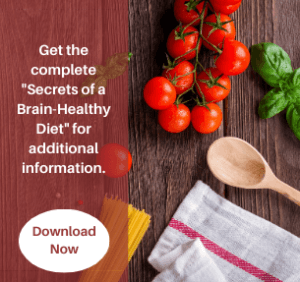 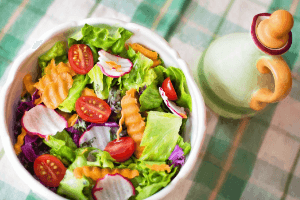 MIND-recommended foods are rich in nutrients such as vitamin E, found in nuts, plant oils, seeds, and leafy greens. Although the MIND Diet only recommends eating about two servings of veggies per day, researchers suggest you consume nutrient-rich leafy greens like kale, spinach, or collards at least six times per week. The diet also includes plenty of B vitamins, such as folate, and vitamins C and D, all of which are found to help neurons cope with aging.

The MIND diet trial, which followed 923 people for an average of 4.5 years, showed that the MIND diet was more effective overall than the DASH or Mediterranean plans. Participants who only moderately adhered to the MIND eating plan showed a whopping 35 percent reduction for risk in Alzheimer’s Disease. However, when participants followed their brain-healthy diets closely, those eating the Mediterranean way showed a 54 percent reduction in the risk of developing Alzheimer’s Disease, one percent higher than those who closely followed the MIND diet.

Although healthy eating plays a big role, many other factors affect brain health and the risk of developing dementia, which probably develops because of complex interactions among lifestyle and other factors like age, genetics, and coexisting medical conditions.

So, although there’s no surefire way to prevent dementia, a growing body of research shows that lifestyle changes can make a huge difference. This 2017 report claims that one-third of the world’s dementia cases could be prevented by taking actions like quitting smoking, treating depression, losing weight, and exercising.

Remember, cognitive decline is not an inevitable consequence of aging if you are willing to do what it takes to optimize your brain health. Although you can’t do anything about genetics, you can do something about lifestyle.